Use one of the services below to sign in to PBS:

You've just tried to add this video to My List. But first, we need you to sign in to PBS using one of the services below.

You've just tried to add this show to My List. But first, we need you to sign in to PBS using one of the services below.

Become a VIA member to enjoy
VIA | Passport

Get extended access to 1600+ episodes, binge watch your favorite shows, and stream anytime - online or in the PBS app.

Already a VIA member?

You may have an unactivated VIA Passport member benefit. Check to see. 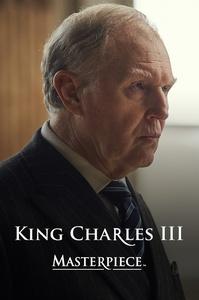 Prince Charles has waited his entire life to ascend to the British throne. But after the Queen’s death, he immediately finds himself wrestling his conscience over a bill to sign into law. With the future of the monarchy under threat, protests on the streets, and his family in disarray, Charles must grapple with his own identity and purpose, to decide whether the British crown has any real power.

Funding for MASTERPIECE is provided by Viking and Raymond James with additional support from public television viewers and contributors to The MASTERPIECE Trust, created to help ensure the series’ future.

One of the most popular drama series in TV history -- Bringing you the best in classic adaptations, mysteries filled with eclectic characters, and provocative contemporary works.